Top Story of the Month : We Have to Talk About Vogue We have to talk about Vogue people. Since Vogue (and Anna Devil Wintour) decided to embrace the idea of feature  accomplished women on it’s cover we all agree that putting celebrity was a good idea. Vogue is and always has been so Waspy oriented. It wasn’t a problem in the 80’s, it became one in the 90’s, now it’s clearly a major issue. On top of that Vogue, like every other printed magazine knows the internet fracture and the audience keep on decreasing. It’s a matter of fact. So what did Vogue decided to do ? Make buzz story. Like every other.

It’s the period of the year we wrap-up on everything that’s a bit relevant. Well JANUARY – Lana Del Rey on the cover of the Russian edition of Interview – In a very arty cover LDR was referred as indie sensation  and Youtube revelation of the 2012 with her song Video Games. Since then she has build a very successful brand that some says is now way too commercial. Even if she’ll probably get a nomination for ‘Young and Beautiful‘ as Best Original Song for Great Gastby, younger singer Lorde will probably take her  Indie pop princess crown on 2014. FEBRUARY – Rihanna on the cover of Rolling Stone. “Stupid ass RiRi’s stupid ass relationship with stupid ass Chris Brown is nobody’s business, which is why she’s talking about it to Rolling Stone.” _ Dlisted. – Bey on the cover of GQ by Terry Richardson. It was for sure a very sexy cover a bit Rihanna Look-a-like but a good entrance for Beyonce big year. To introduce her Mrs Carter Tour Beyonce performed at the 2013 Super Bowl . Remember ? She absolutely killed it ! … 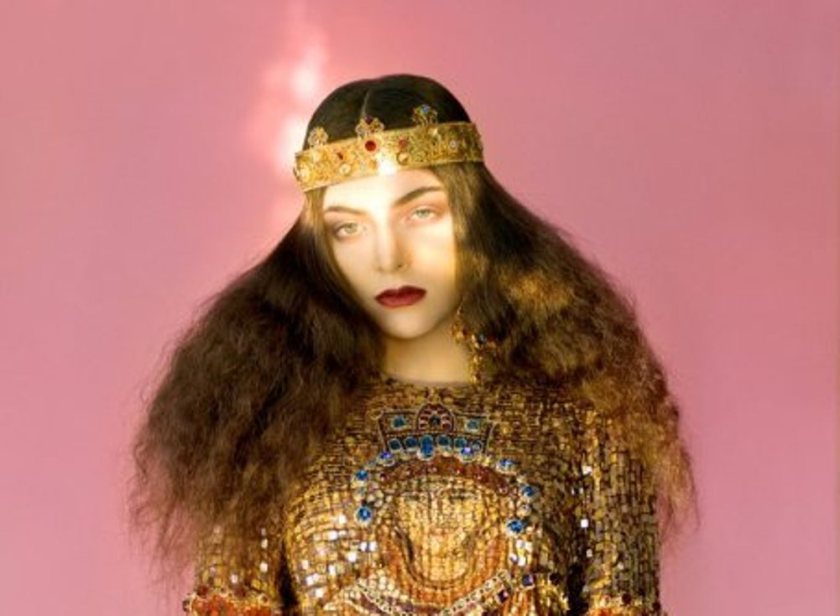 Who’s Lorde, you might ask yourself? Lorde, born Ella Maria Lani Yelich-O’Connor, is the new music sensation. You might not know who she is, or what she looks like, but you have probably heard her new song “Royals”. By debuting at the n.1 spot on the Billboard Hot 100, beating out Katy Perry‘s “Roar” and Miley Cyrus’ “Wrecking Ball“, it made Lorde the youngest female artist (at 16) to get such an achievement since Tifanny in 1987.

(Click on the image to enhance) Here we are back for our monthly Fashion Magazine Covers April issue recap ! The big winner – Vogue US – I have to say that once again my first choice is with Vogue  US putting FLOTUS Obama on top. The Boring – – This month is pretty boring actually. After the Oscar we see a little celebrity fatigue, even if W mag  puts  Brit Marling (Who the F*ck is she? The new Harvey Weinstein protégé?) and Eddie Redmayne as “Hollywood’s freshest faces”. – Taylor Swift on the Vanity Fair cover : “It’s Taylor Swift at her Taylor Swiftiest!” (Dlisted). You know that she worst magazine cover sellers in the past 5 years ? (Fashionista) So why keep putting her on top? I am sick of sweet Taylor Swift we are ALL sick of sweet Taylor Swift. Please give us more badass Lindsay Lohan. And Taylor also did the InStyle cover WTF?! Taylor Swift is a country mannequin robot who can’t function unless a barely legal white boy is …

You’ve seen it yesterday. The best of Celebrities endorsement in commercials. Here’s my selection: Justin Timberlake x Bud Light Justin Timberlake was appointed as Bud Light Platinum’s Creative Director. “viewers were treated to a minute-long black-and-white ad for the new-ish brew, featuring Timberlake’s recently debuted comeback single, “Suit and Tie,” ( Co.creates.com). What is it about Black & White ? JT made a 6:20 minutes long perfomance yesterday at the Grammys all in Black & White that was very much acclaimed by Mrs Timberlake and the Bay/ Jay-z couple. He’s the celebrated Pips. If they want him, these are his conditions. He gets to be up there as long as he wants. Lainey Gossip Yes, the JT brand is now bigger and won’t stop growing even more. While building a solid couple image, and reassuring his presence in the music industry with his big come back he shows us that he is still an entertainer (Super Bowl, Grammys,..). However, he will have to work on his actor skills to be a complete powerful star. Click …

Update ! Beyonce on GQ Cover It’s the last minute cover that just went out today! Bey on the cover of GQ by Terry Richardson. It is for sure a very sexy cover a bit Rihanna Look-a-like (Remember Rihanna’s December cover half naked ?). It’s perfectly in time for Beyonce that will be performing at the 2013 Super Bowl which airs on Feb. 3. ( look at the super mini T-shirt she’s wearing, is it a footballer shirt?). Jessica Chastain on the InStyle February Issue The new Chastain is learning how to play the game. Jessica Chastain is predicted for an Oscar nomination for Best Actress ( Zero Dark Thirty ) so she has to upgrade her image a bit and became a real Hollywood star, not just an actress. She also needs to enhance her fashion potential and sell more than just acting skills: It’s sad that the Hollywood system doesn’t let young actresses JUST be actresses at this point, they also have to have some personal stuff to sell, some drama, some fashion sense, and they have …

Why is she getting so much attention ? Will she keep growing? 1. Brands made her a fashion ambassador She became the face of Mulberry, Chopard, H&M, Jaguar…. and was global face of H&M’s fall 2012 advertising and sang “blue velvet” as a homage to David Lynch’s movie. 2. She made tons of magazine covers: VOGUE (UK, Australia, China), GQ , Interview, TATLER, COMPLEX, SPIN, Billboard, T, NME, Q, INTRO, SANAT, Glamour, S Moda, WONDERLAND, ZOO etc 3. She has been name Woman Of The Year 2012 by GQ. 4. She has been named the Most Popular Woman On The Web of 2012 according to Google. 5. In 2012, Lana Del Rey comes in at No.1 with 722 million searches. And more to go ! Lana del Ray is everywhere, and she’s not going away anytime soon, she even said she wanted to stop singing and do screenwriting. So INDIE !

Celebrity’s going up > Lana Del Rey is named GQ’s Woman of the Year and goes nude on GQ’s cover October issue. There’s nothing better than a good old nude cover that say “here it’s only me-myself-and-I“.And it sells! GQ saying LDR wants to make a little move with her career, because you know that today, you definitely can’t just be a soul singer a-la-Nancy-Sinatra unless you really have some talent (which is not exactly the case of our dear LDR and she knows it!).  She now wants to be a screenwriter, which makes sense since she claims she always writes her own video clip and moreover became celeb with her famous  hippy Hollywood video “Video Games”. Lana Del Rey’s getting ready to move on from music to become a Hollywood screenwriter, but before she bails on her successful singing career, she wants to make sure you know exactly what she looks like— in the nude! Well done here LDR! New Cover : Lana Del Rey Goes Nude On “GQ”

With a Mulberry bag named after her, and a Vogue cover to her name, Lana Del Rey’s fashion rep is growing in proportion to her beehive – and it gains another inch with the news that the singer will be the face of H&M’s autumn/winter ad campaign. Lana Del Rey x H&M : LDR’s Brand is growing fast