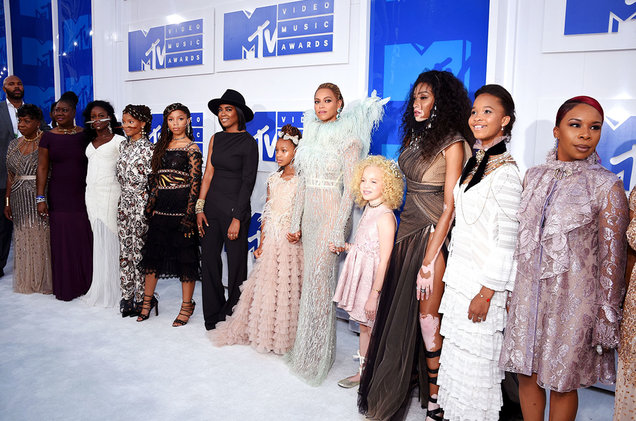 Last week was the MTV’s Video Music Awards (VMAs) where Rihanna was honored by getting the VMA’s Vanguard Award. She got to perform 4 sets of medleys, each one with a specific tone. She was, however,  “dethroned” by Beyonce whose performance was on everybody’s lips the day after.

Queen Bey made a huge impression on the red carpet, where she showed up not only accompanied by her daughter Blue Ivy but also by Mike Brown’s mother, Lesley McSpadden-Head;  Trayvon Martin’s mother, Sybrina Fulton; Oscar Grant’s mother, Wanda Johnson; and Eric Garner’s mother, Gwen Carr.

She also got to interpret most of the songs from her mini-album Lemonade in a near 17 minutes performance !!  She celebrated her womanhood, her motherhood and especially her blackness.

Congratulations to Beyonce for getting 8 awards that night and being the talk of the town the day after. All this while maintaining that aura of mystery around her. This is what you call true star power!

Sorry Rihanna! It was supposed to be your night. And let’s not talk about Britney‘s “comeback”. Poor her, as she had to go just after Beyonce‘s performance.