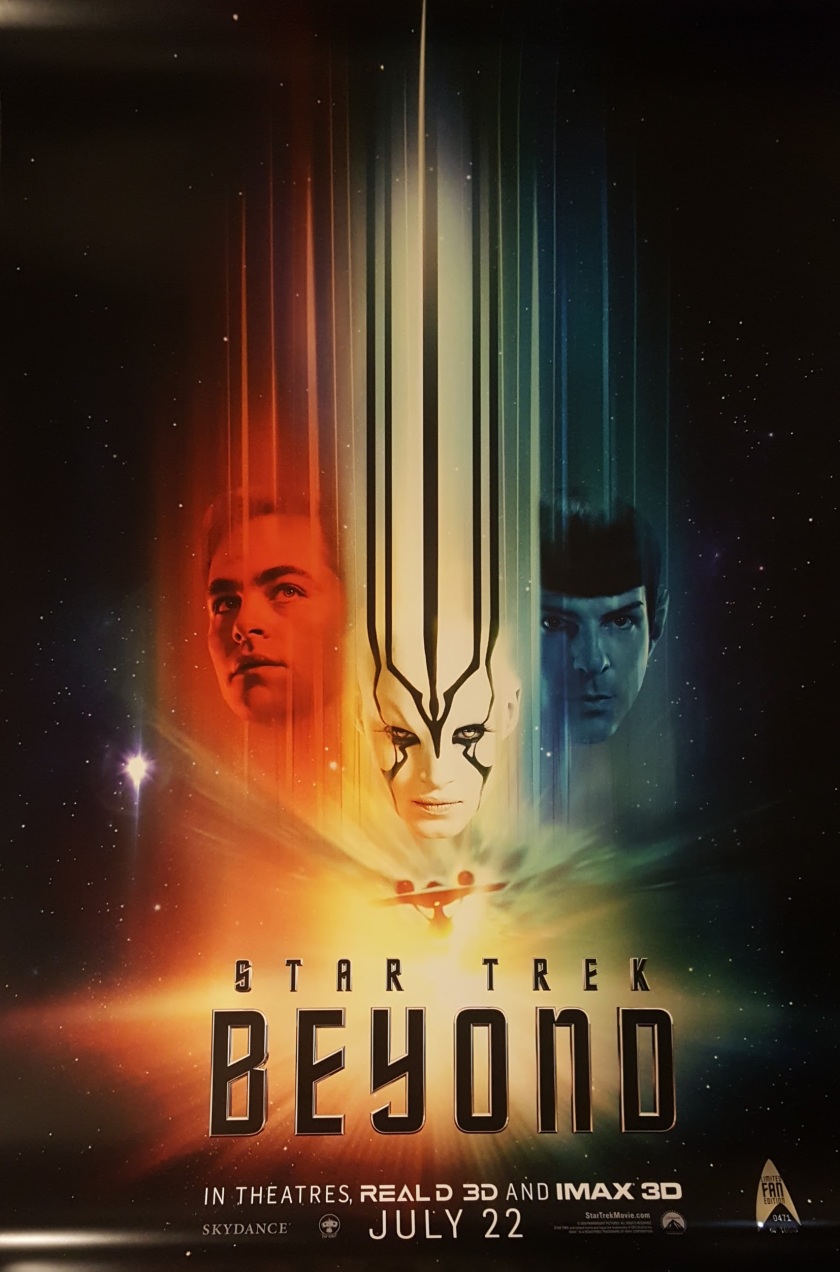 So I went to see Star Trek Beyond Monday night. It was OK. Not boring but not great. I felt it had the same story as the second movie, and a few jokes here and there to make it easier on us to pass the 2 hours mark. And as in the second one, it was heavily centered around white male characters.  It was almost like watching Mission Impossible 5 again – as both had a predominantly white cast and featured Simon Pegg. Now what I don’t understand is how you can have a film set in the future, as well as in space and the main characters still manage to be white males.

There’s something really wrong with Hollywood. 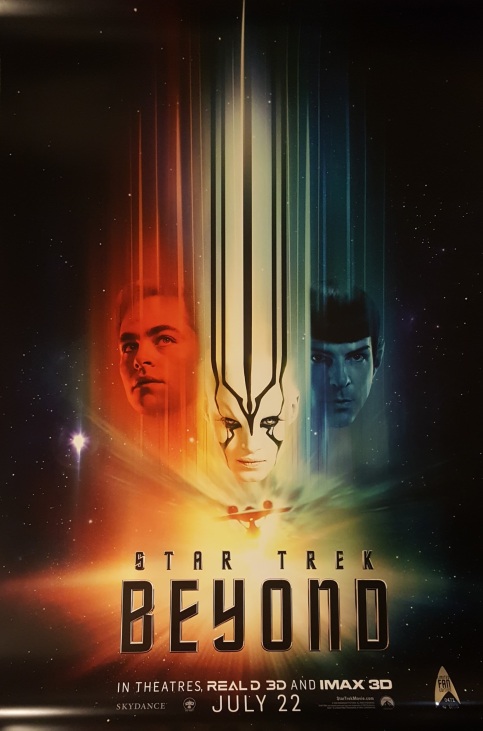 In the past few years we have seen an increase in character diversity,  with more Person of color (POC)  characters getting the main role and also with female characters having more substance (hello Lupita ndrl).  But lately I feel like Hollywood is casting POC and women for the buzz  just to end up dumping them as minor characters,  cameos,  or try to kill two birds with one stone by making them homosexual or disabled as well.

This is what happened with this movie. 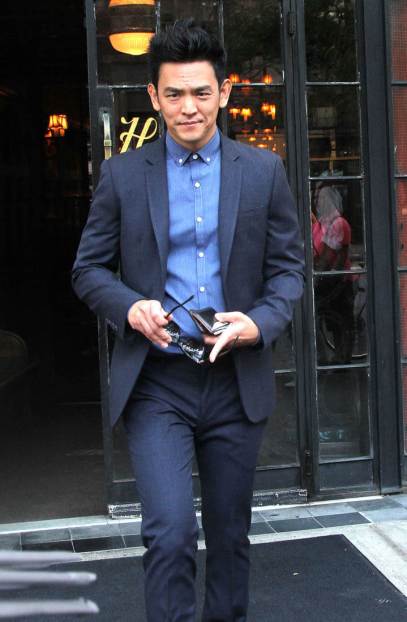 First we have John Cho.  Look at this guy being effortlessly handsome just walking down the street. I love him as an actor and I was really excited to see that he had been cast as Sulu.  However, after seeing three Star Trek movies, I can say that he has been severely underutilized in that franchise. Which is a total pity,  considering how #StarringJohnCho went viral a few months ago.  And then they decided to make him homosexual in this movie. I understand that they might have wanted to give homage to the original actor playing Sulu, George Takei, but John had some concerns that also echoed in my mind.

And secondly, I was concerned that Asians and Asian Americans might see it as a sort of continuing feminization of Asian men. Asian American men, Asian men have been basically eunuchs in American cinema and television, and I thought maybe it would be seen as a continuation of that. (AV)

Thirdly, I was concerned that because this is the same genetic Sulu—although we’re in an alternate timeline—that we would be inadvertently implying that sexual orientation was a choice. So those were my areas of concern.

If Spock had been gay, people would have talked about this for ages. It seems that no one noticed that John Cho plays an homosexual character in this movie. This fact had casually been put under the rug, showing us the extent of Hollywood’s imagination and how little they thought of developing Jonh Cho’s character.

Then we have Uhura.  The whole Spock-Uhura relationship is – excuse my French – a whole clusterfuck, essentially. Technically they’re still not officially a couple. This is something that should please all the trolls  who are still debating whether or not they are canon. It just helps to prove that the antiblackness on the Internet is real and alive. I mean Spock is not even human!

Uhura is the perfect example of an underdeveloped character. After three movies, I am still  confused on what her role on the fleet is supposed to be,  except for her playing the Smurfette Principle trope in a mainly male team. Zoe Saldana is probably very satisfied with what’s been given to her, hoping it will help us forget that whole Nina Simone mess.

Let’s talk about Sofia Boutella, playing  a new character named Jaylah. I was really excited to see her character, as  I loved her in Kingsman, The Secret Service. However it seems like her character was as developed as Uhura’s. She is that kick ass girl with a sad background who wants revenge,  just another Smurfette Principle trope to balance the testosterone. Besides being another POC, she was under so much makeup that if I had not known before,  I wouldn’t have recognized her. 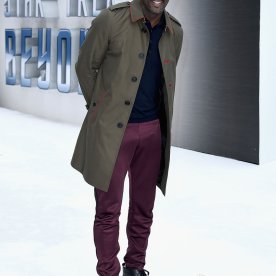 And that brings me to, paired with a little bit of spoilers, the last character, Idris’.Idris Elba has been showing up to the premieres looking like he doesn’t really give a f*ck and after seeing the movie I completely understand his nonchalance. He was the main reason I showed up to the movie and he ended up playing the villain – thankfully with no heavy accent – under such a big amount of makeup that he was completely unrecognizable. It’s only because I read a review that I knew he was playing the bad guy, otherwise I would have spent the whole movie wondering when he’d show up.

Now compare the treatment Idris got into the third installment versus the second one, where they cast Benedict Cumberbatch – playing a villain that was originally supposed to be “Indian”. 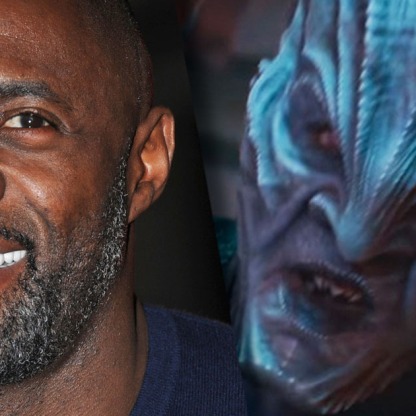 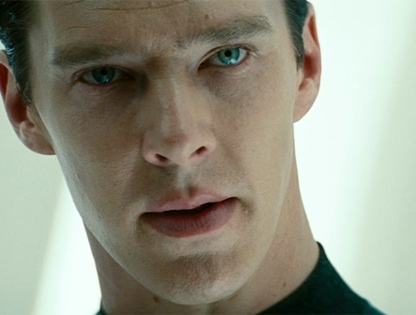 Hollywood really needs to get its sh*t straight.