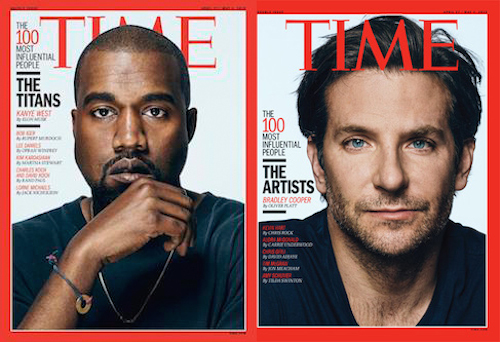 How Kardashian/Jenners went from F to A+ Brand

4 Years ago I read an article on Daily Mail on how Kris Jenner built a $65M family empire, and I knew at that time that this family would play a crucial role in the celebrity space. But back in 2011 I wouldn’t ever guess to what point they would become that powerful. Unless that today, one of the most famous of the Kardashian Klan had managed to be included in the very hot list of Time’s most influential people of the year. Kim Kardashian “The first lady of #fame” is among Pope France, Angela Merkel or Tim Cook one of the titans of our time.

Read More: Beyond Kim Kardashian | The secret behind the “#breaktheinternet” hashtag.

UPDATE : Bruce Jenner’s ’20/20′ Interview has been Watched By 17 Million People. Today Twitter exploded. Since a couple of years. And precisely since the Kardashian – West wedding, every single activity of a member of this family is a breaking news nowadays. Kendall Jenner going to church wearing a crop top was trending during Easter and more recently the #kylejennerchallenge is a huge trend among teenagers in the beauty and today ‘Bruce Jenner’ Tops Worldwide Twitter & Google Trend.

“Bruce Jenner” was the No. 1 worldwide trend throughout the night as he told Sawyer, and the rest of the world, that he is a woman. (LA times)

Whether we like them or hate them ( and If you read me you may know by now that I mostly belong to the hater part of this world – Read ‘Hating Kimye‘), we cannot disagree with the fact that that family brand has changed a lot in the game of fame (remember the #breaktheinternet thing ?)

This modern family suddenly became a mega-brand selling inexhaustible personas that everybody can reflect in and product that people can consume. From the reality superstar and cash money Kim, the modelling super socialite Jenners girls in their 20s, the transgender father, the super manger mom, the role-model-rapper-black-Madonna Kanye West to the little ‘fashionista’ North west. They have been creating a never ending and compelling story.

Pretending to represent every facets of the American dream, the Kardashians – Jenners – West is now a mega family brand that seems to be unstoppable.

The Kardashians are a totally modern construct. They are a blended family, of Armenian descent, with biracial pairings (Kim is married to Kanye West) and a reportedly transgender parent. They work hard, and they stick together through thick and thin. _Kim Kardashian west Time’s profile by Martha Stewart

No, I’m really not a Kim Kardashian fan, but I’ve been watching how she’s progressed over the last five to six years.

I watched unknowingly how she went from being the grade F social butterfly and friend of the Paris Hilton gang to become one of the world’s most recognized woman.

Like it or not, Kim Kardashian is a powerful woman in the world. Hats off to her.