Remember when I was so pissed at Vogue for putting Blake Whatsofuckingever Lively on top of their August Cover ?And the fact that Marie Claire featured her on their biggest year issue? Well now she’s back this month and still promoting her *still* boring as f*ck lifestyle website/blog/company/I don’t even know what that’s suppose to be name.

Anyway, Blake doesn’t play in movies, anymore because it’s “too hard” : _“It’s hard to have that sense of ease when you have a job that is so much in the hands of luck and fate.”,(poor thing). She needsto take time for herself to “FOCUS” on other things that she loved, a.k.a : making good money without having to suck anymore dicks to find a role (and cash her cheque). You know what I am referring to ? THIS blind Items , But  now she’s married….. So no more casting-couch.

That’s how she’s spending her time now : she blogged and she’s working at being the perfect american wife ! And THAT people gave her 3 COVERS in a row !

AND I hate Vogue, for giving her so much attention.

I’m sick of this waspy look-a-like wannabe Martha Stewart/ Gwyneth Paltrow. She needs to stop because we need to see real powerful and accomplished women on feminine magazine nowadays ! As I quoted before :

Some women have to go and be the first lady, or build a media empire and earn a billion dollars, win best actress Oscars, be the greatest living entertainer…

All she has to do is start a blog, like Gwyneth Paltrow, in the spirit of Martha Stewart.

On the heels of recognizing its ‘Men of the Year’ for 2014, British GQ releases six new covers for its October 2014 issue. Photographed in tuxedos, Colin Firth, Pharrell, Benedict Cumberbatch, Ringo Starr and Jonah Hill are joined by GQ’s ‘Woman of the Year’ Kim Kardashian. The issue with all its covers hits newsstands today. 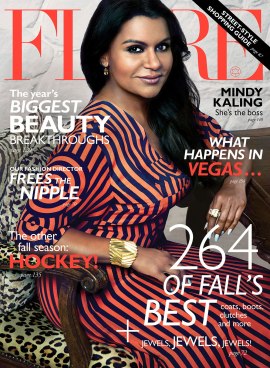 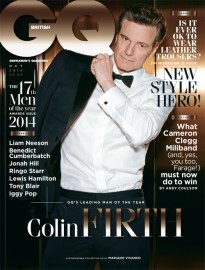 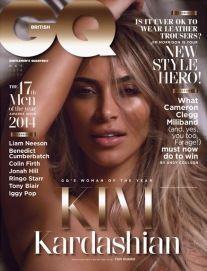 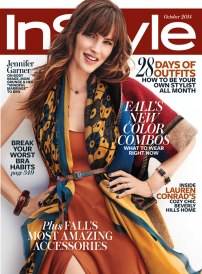 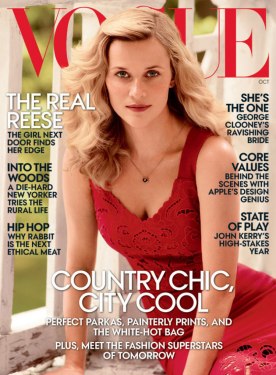 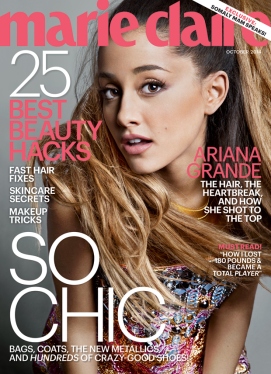 Ariana Grande (the diva in training) on Marie Claire