You’ve read the story. It was on 14th of May. On a friday morning, Angelina Jolie published a piece in the New York Times about her decision to undergo a preventive double mastectomy.

It was touching of course. How could it not be ?

It was inspiring and courageous, knowing cancer is a big concern this days. And then I thought to myself. Of course she is a celebrity, of course the message is strongly controlled, of course it was calculated. But does it change the purpose of the message? Does it change the fact that breast cancer is a reality for women ? And is it not the kind of social concern that celebrities sometimes should be role models? Spreading strong message and sometimes be a role model, I mean a real one.

For many years, Jolie acted out deviance and rebellion; for many years after, she acted out motherhood, multiculturalism, and philanthropic engagement.  Those valences are all still very much a part of Jolie’s image, but today they’re emboldened by a very conscious decision to publicize a procedure that literally removed a primary locus of her star power. _ Anne Helen Petersen.

If you haven’t read this post by @annehelen already you must do it right now : Angelina Jolie Controls the Narrative

The Jolie-Pitt story is a very strong controlled story.  From the beginning of their not-so-secret affair, the love, to the family image they build a very big empire. Through the years they successfully become the most powerful brand family of Hollywood. Whether or not you’re Team Brangelina, the fact remains that they leverage publicity better than any other high-profile star today (Anne Helen Petersen.).

Angie Jo had surprisingly and successfully made her image evolved through the years. I remember her embodying so well the tragic Gia, drug addict supermodel. Now she’s been honored  by Hollywood and received Jean Hersholt Humanitarian Award at Saturday’s Governors Awards. And I have to admit I was kinda touched by her discourse, saying to her her children “You are my hapiness” these are the kindest words a mother can have to her child.

Angelina Jolie gave a very touching speech while accepting an honorary Oscar for her humanitarian efforts,.

But remember, she strongly controls her narrative. Every words whether they’re true, they’re are calculated.

She became a real star, a bankable actress, a trashy celebrity, a film director, a mother, an almost “good wife”, a lover, an homewrecker. Angie has become absolutely everything.

The Angelina mystique is too powerful to discount.  She remains a perennial object of fascination. In many ways, she is the distaff George Clooney, a glamorous red carpet fixture, an activist, and a director_Vulture 100 valuable star 2014.

Since she met Brad in 2005,  the couple that supposedly broke the heart of the girl next door sold tons of Tabloid cover. Through the years we could see her image slowly changing from the bad mistress, sexy savor, man eater to the Good Wife, Good Mother, Good Women, Good Actress, Good Human. She build her fiction character persona through the story of her real life. That’s the Jolie Effect.

Jolie has never been a “girl’s girl.”  She’s that girl who always did her own thing.

She has build such a strong celebrity image with multiple facets that she’s able to play almost everything. From badass heroine (Lara Croft, Salt, ) to nice bad icone (Maleficent), to innocent wife/woman (changeling), to savior (Wanted) . She made her debut behind the camera for In the Land of Blood and Honey (2011) and Unbroken a biopic of Olympian and WWII POW Lou Zamperini. Intellectual film, not those big american blockbuster.

If you listen carefully to her discourse while receiving the Jean Hersholt Humanitarian Award well, she talk about herself as an artist, not as an actress. She’s not the a crazy actress anymore, she’s now a serious artist !

“Above all she [her mother Marcheline Bertrand] was very clear that nothing would mean anything if I didn’t live a life of use to others. And I didn’t know what that meant for a long time. I came into this business young and worried about my own experiences my own pain, and it was only when I began to travel – look – and live beyond my home that I understand my responsibility to others. ” (Click here to see the entire speech )

That’s the redemption act of the Angelina Jolie story. She was a crazy drug addict young actress ( a-la-lohan) but now Angelina is a human rights activist, she has children to care of, and Brad to love.

Quite a story isn’t it? That’s the Hollywood dream. 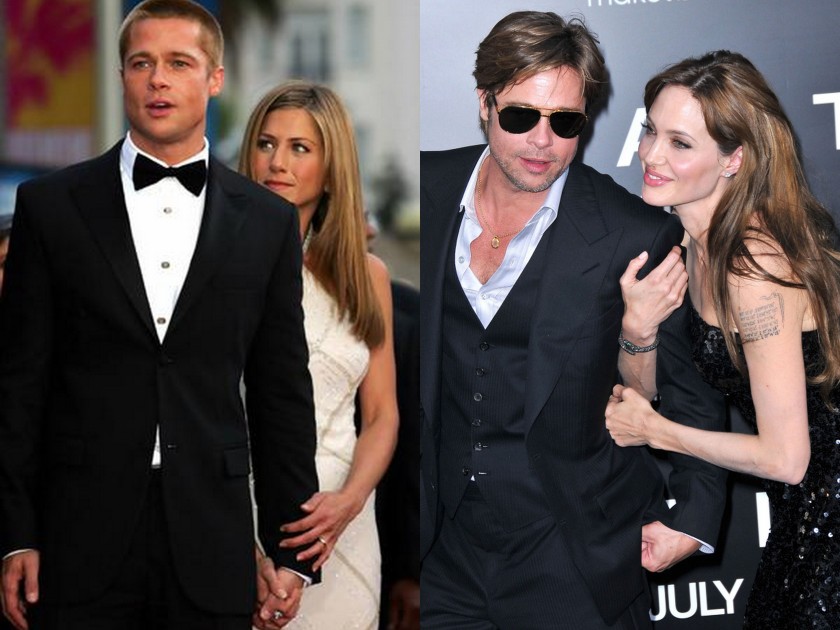 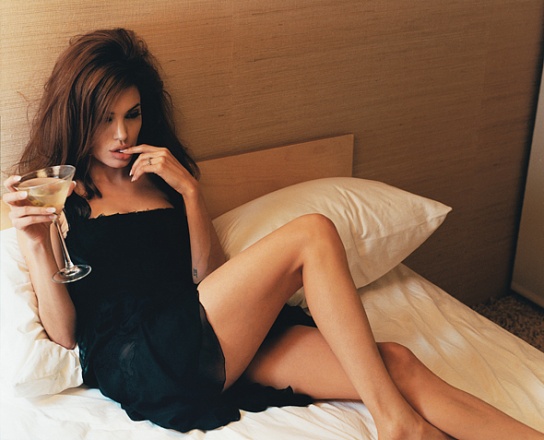 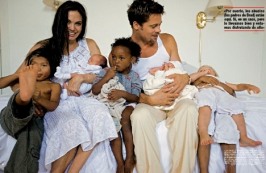 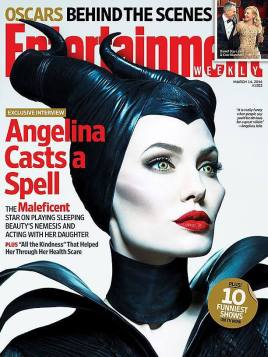 Angelina Jolie as Maleficient on Entertainement 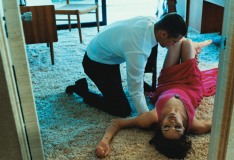