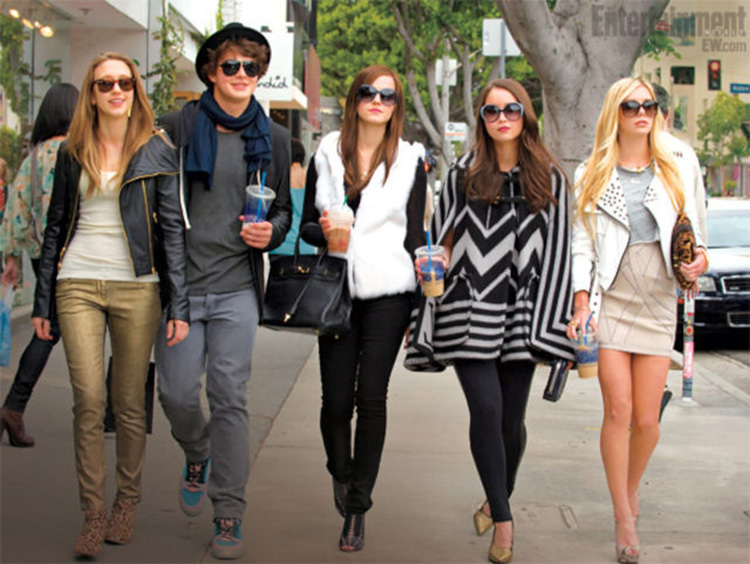 This is the new Sofia Coppola movie and I CAN’T wait to see! The BLING-RING, with Emma Watson (and bunch of unknown actors).

This story is about Celebrity Obsession, one of favourite Sofia Coppola’s themes. This is a contemporary Marie Antoinette story based on the real Bling-Ring gang that terrorized Los Angeles back in 2008-2009.

Between October of 2008 and August of 2009, the alleged members of the Bling Ring collectively stole more than $3 million in jewelry and high-end designer goods from a number of Young Hollywood players from Hilton, Lindsay Lohan, actress Megan Fox, to Miranda Kerr and A- list actor Orlando Bloom. [Vanity Fair]

I have been looking over and for this story. I read everything about this very fascinating burglary gang of celebrity house robber. The best article I read was suggested by my dearest teacher (M-A Parmentier) is “The Suspects Wore Louboutins” wrote by Nancy Jo Sales, for Vanity Fair.

The driving force of the burglary crew, Rachel Lee (and Nick Prugo) motivation was based on her desire to own the designer wardrobes of the Hollywood celebrities.

This story is real and compelling. It’s completely unprecedented in the history of Hollywood. It’s Hollywood dark side. This stuff should be in every Hollywood sociology school program.

Emma Watson is leading the unknown cast while playing character Alexis Neiers. It’s her very first “bad role” since she played sweet Hermione for over 10 years. It’s very interesting because a lot of people (a.k.a blind items) says that she had difficulties to find a new turnaround for her career. Apparently no one wanted to hire her for a different role maybe more serious role because she wouldn’t look credible. But Sofia Coppola gave her a chance to play a new kind of character.

In the trailer we see Watson dancing, seducing the camera, heaps of jewels, and what appears to be a stripper pole in a lava-lamp-lit boudoir. Humm yes interesting, I hope she’ll impress me.

I am a bit disappointed that she is to play Alexis Neiers because the real lead bad ass character in all this story was Rachel Lee, a klepto freak. She was the alleged ringleader of the group and was also sentenced for four years in jail (Damn). But anyway, Alexis Neiers it is.

Nick really liked the life we had,” Alexis said. “He wanted to live like us. He wanted to tag along with us to the clubs we went to, like Apple, Guys & Dolls, Teddy’s, Ecco. It was known that we were out hanging out with Emile Hirsch and Leonardo DiCaprio—just, like, typical Young Hollywood.” 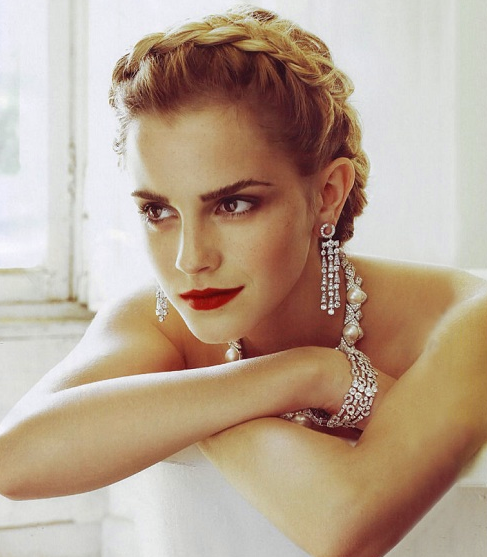 Known as Hollywood Hills Burglar Bunch those kids and what they did is unbelievable. And, i’m sorry, but it is really so fascinating. The gang of 4 to 8 kids from the Valley, was stealing for cash, fashion designer clothes, credit cards and drugs. The kids seemed to be insatiable—and fearless

At first burglary in the Valley, Prugo said, Lee found a box with $8,000 in cash under a bed. Which calmed him down. “We each get four grand. Like, this isn’t so bad. We didn’t kill anybody.” The next day, they went shopping on Rodeo Drive.

And the all organization was incredible. They were simply using social media, Google Earth and web site. In the age of Twitter, Facebook this shows how much social network now turn everything so public and can be dangerous and intrusive to some point.

They started “checking up on celebrity Web sites. We’d be like a little research team.” They’d drive by celebrities’ homes to do surveillance, figuring out how to get in. […] They researched this kind of information on celebrity Web sites like TMZ. They discovered the locations of stars’ homes on Google Maps and celebrityaddressaerial.com.

Celebrity worship disorder_ A study focus on fame worship phenomenon saying that it can lead to several mental or behavioural disorder like destructive behaviour. Audiences and viewers increasingly comes to know persona very well. Celebrity worship apparently becomes a significant behavioural phenomenon that dominates some of people lives. Some people may experience an identity disorder while having a intense desire to purchase celebrity life. Some worshippers like the Bling -ring gang might seek to become more intimately with aspects of celebrities lives to which they lack direct access. [2]

“They weren’t looking for cash. They were taking celerities clothe, and they wear them.” (L.A.P.D Police on Inside Hollywood’s Bling Ring ABC) [3]

I think that they idolised these people but at the same time there seemed to be a weird resentment, too – a feeling of you’ve got way more than you need so I’ll take them from you. (Nancy Jo Sales. Independant.co)

There is so much to analyze in all that. It’s very Sofia Coppola style, I wouldn’t think of anyone else but her for adapting this story into the big screen. In her past movies she has been investing the dark side of materialism, superficial, and dark side of the lives of the rich and famous. Sometimes a bit boring, but sometimes she catch eyes. I can’t wait to see what she’s done in this one. The film will be released in June !