Here’s a new documentary $ellebrity  on the biggest Hollywod industry: the Celebrity. The movie hits theaters on January 11th. 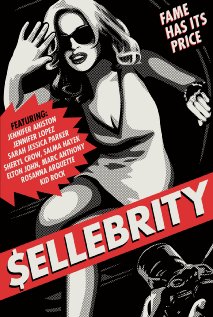 I recently read a juicy critics by Lainey Gossip. She shared strong opinion on the film and I am going to comment it.

Did I told you how much I love Lainey? She’s one of my fav gossip columnist (after Michael K a.k.a Dlisted of course). I adore so much her gossip website (except for the ugly pink front) because of her unique style and her approach to the celebrity and media. It’s not a stupid gossip blog, she has leverage the gossip industry giving proof that the industry of celebrity/media/entertainment is more complex and more insightfull than the common people think it is or think it’s not. She has the ability to show every aspect of the celebrity culture and the impact in our culture.

Lainey wrote her classic Intro for December 19, 2012 [1] on $ellebrity , the documentary about the commodification of Celebrity and the power of paparazzi. She said the doc is clearly oriented toward the defence of celebrities and pointing media as the bad and evil actor which turn this industry as a sickness of our society.

$ellebrity is about the commodification of Celebrity, only Mazur takes the position that the subjects themselves have no input in their part in this growing industry. That they are being traded and exploited without consent. That they have unwittingly become victims — of the paparazzi, of the tabloids, of the fans

However, Lainey mention that Kevin Mazur, the filmmaker, is a wellknow photographers who developed over the years a very intimated relation with celebrities.

In her critic, Lainey take the defence of medias assuring that celebrities have for sure their own part in the craziness obsession of celebrity. She blame celebrities such as Jennifer Lopez or Jennifer Aniston (one of the most attention whores) of their hypocrisy, complaining on how hard it is to endured media scrutiny.

Because Jennifer Aniston had no part in ensuring that her engagement ring photo was broadcast around the world? Click here for a refresher. This happened in New Mexico. I PROMISE you, paps don’t hang out in New Mexico, not even when Julia Roberts was living there.

She claims that this documentary isn’t objective at all on the analysis and critics of the celebrity industry and media industry. While Kevin Mazur is putting all the blame on paparazzo he forgets that this is also a big part of publicity and story of a celebrity. It is true that today the celebrity “private” life is almost as much important than his public/professional life. And this is why Lainey suspect that once again this documentary is maybe put in the celebs publicity advantage and the victimization discourse is a willing seller.

Mazur has leveraged his longstanding relationship with some of the most famous people in the world to get them to participate in his project. How did that conversation go down? “Look, I’m doing this movie, and I’m going to say that you guys are being shafted, that they hunt you down and have made you helpless.” And they said yes, obviously. Great. So is this an objective documentary or just PEOPLE Magazine turned into a 90 minute “film”?

$ellebrity doesn’t tell the true story. Because selling their private life is now part of the business game for a celebrity who wants to be successful nowadays. As Graeme Turner suggest in ‘Understanding Celebrity’ : ” Unlike other public figures, celebrities’ ‘‘private lives will attract greater public interest than their professional lives’’ [2]. To what Erin Meyers added “It is, in part, the blurring of the boundaries between private and public or the idea of an authentic individual behind the public persona that makes celebrity images particularly potent ideological symbols.” [3]

And Lainey concluded by asking a very great question : what are the rules then? when “Ben Affleck taking his girls to school and kissing his wife, conveniently when he wants an Oscar nomination. Megan Fox pimping out her baby bump. And Reese Witherspoon giving you a great shot of her newborn’s face. “. Celebrities knows how to play with media as much as media use and play with celebrities. And at an age where new medias are key weapons this “celebrity game” will not end soon.