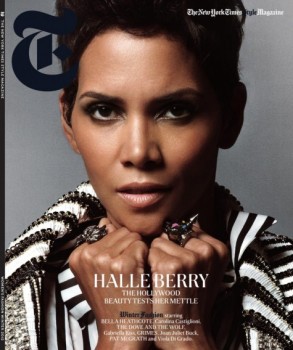 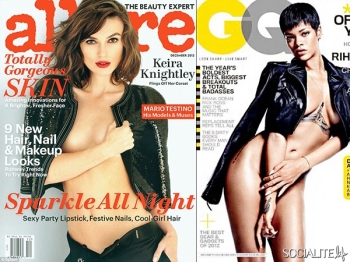 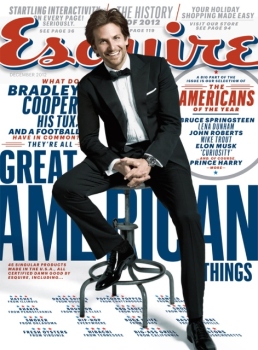 This Month magazines was about Oscars contenders battle. (Almost) Every cover puts an Oscars candidate on them and my selection has been 99% feminine.

[1] The Hollywood Reporter presents 7 actresses contenders for Oscars nomination: Rachel Weisz, Amy Adams, Marion Cotillard, Naomi Watts, Anne Hathaway, Sally Field, and Helen Hunt. (JustJared). But as we know only 5 will be nominated, and there’s no guarantee it will be 5 exclusively from this group. (Laineygossip)

[2] Bazaar goes with “The power and passion of Marion Cotillard”. Marion Cotillard represent her new french movie rust&bone. They missed award at Cannes but we hope they’ll get something on the Oscar.

[5] Anne Hathaway, on Vogue representing Les Miserables. “ We Get It, Anne Hathaway, We Get It; looking like a drunk Liza Minnelli and in the interview she talks about how she knew she had the role of Fantine ten seconds after her audition. Can they just give Anne her Oscar right now and get it out of the way?” (Dlisted)

[6] Rihanna on GQ And (again) Keira Knightley on Allure. Both topless/ nude on cover!! “I CAN’T with GQ for putting a 98% naked RiRi on the cover of their MEN OF THE YEAR issue.”

[7] Nicole Kidman by Demarchelier for the December issue of the luxury magazine DuJour. Nicole is currently filming Grace Of Monaco

[8] Bradley Cooper on Esquire …thant mark the end of his uninspired reign as Sexiest Man Alive of 2011 ( If you care Channing Tatum was the chose one).